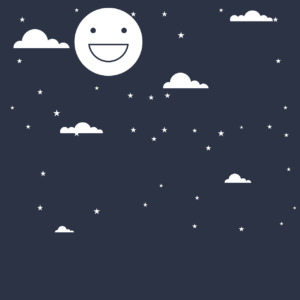 We usually only hear about the pros of working out in the morning and the cons of working out in the evening. “Exercise in the morning before your brain figures out what it’s doing!” After all, who wants to get in from a long day at work only to get changed and go out again? Not to mention no-one wants to workout on a full stomach so you have to eat dinner either really early or really late.

Well, it’s time to debunk some of those “evening workouts are bad” myths and reveal some of the positives of exercising later in the day…

It’s the best stress release after a difficult day

​You will get a great night’s sleep!

You will have heard that it’s hard to sleep after exercising because you are still wired from your workout. Well let me tell you that I’ve never had this problem, quite the opposite! You’ll definitely feel more tired and ready to rest after exercise.

Most of us have sedentary jobs that involve a lot of sitting. Even my job outside of classes involves a lot of computer work. We know we are supposed to take breaks and do desk exercises but we rarely do. Don’t come home after a long day of sitting to sit some more!

Why would you want to stay in when TV is so bad?!

I mean really, a weekday night in front of the TV can be as interesting as watching paint dry! Going out to a class can provide a chance to socialise. When people say they haven’t got time to exercise they often forget about that block of time in-between 6pm and 9pm. Yes, it can be hard after a long day, but it’s also way more fun than being sat in front of the TV! And for the good shows we have iPlayer and Netflix to watch at any time – case closed!

I for one start craving snacks in the evening! When you are busy all day your mind doesn’t have too many opportunities to think about food apart from when you are actually hungry. A night in front of the TV has the potential to ruin a whole day of eating healthily! Getting up and getting active can steer you away from the temptation of the kitchen cupboards!

Sleep is a necessity for the best results when it comes to exercise performance. If you are going to bed at your normal time but getting up an hour or two earlier to squeeze in a morning session you probably won’t have the physical energy to give your workout a 100%.  Your appetite is typically bigger when you haven’t had enough sleep too. The practicalities of working out in the morning aren’t great either. It’s always a rush to get ready and there’s always a list of things you need to do before you head out of the door. So maybe it’s better to have that longer lie in in the morning and get your groove on later on in the day!