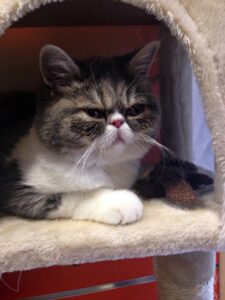 I’ve lost count of the number of people that have told me that they’re finding this lockdown the hardest and I’ve seen endless social media posts expressing the same struggle. Everyone seems fed up. With the vaccination programme now well and truly off the ground you’d think we would all be feeling a bit more hopeful.

Yes, we are in lockdown, but shouldn’t we be taking comfort in the fact that we are so much closer to a taste of normality than we have ever been before? We get to see visible proof of progression now with images and footage of people having the jab all over the news daily. Why then do we feel so despondent?

This low mood we collectively seem to be experiencing has been likened to the ‘third-quarter phenomenon.’

I read a very interesting article in The Telegraph on the topic which you can look at here.

‘Third-quarter phenomenon’ is a term used to describe the point somewhere between the halfway and three-quarters stage of a demanding mission like that of which an astronaut would undertake, where the mood and morale of participants reportedly slumps. It’s the point where lethargy and irritability set in. It becomes irrelevant that the halfway mark has been passed because the finish line still seems so far away.

It feels very much like we have reached a similar phase in the pandemic. We’ve come so far yet we can only see the stretch in front of us. We may be on a sort of ‘home straight’ but the road to how things used to be still seems so long. We struggle to picture the day when daily death reports, masks and social distancing are done away with. I hear people saying, “When things EVENTUALLY return to normal…” or questioning if things will ever return to a pre-covid normal. There are sarcastic memes circulating titled, “Me when I can go out again in 2025.”

The descriptions of low mood, fatigue and annoyance that are experienced by people experiencing third-quarter phenomenon so accurately relate to how we feel are feeling right now in our fight against COVID.

Of course, it’s important not to forget that all these feelings are being exacerbated by two things. The first is that we do not have a definite end date. We don’t even have one for the current lockdown, making it even harder to visualise an actual end to all this. The second is that lockdown end dates have been set before and after each one we’ve found ourselves going backwards again. The last year has felt like we’ve been on a one step forward, two steps back loop. Nobody anticipated that this situation would go on for so long. Dare we get our hopes up that this time we will stay on a forward moving path?

I can’t help but wonder if the third quarter phenomenon explains why after trying to get through to our local Chinese takeaway 18 times the other Saturday, I burst into tears when my husband said, “I guess we’ll just have to have that tortellini we’ve got in instead”?

It had occurred to me earlier in the evening that we were going to have to have a takeaway for tea because we’d not done the weekly food shop that so desperately needed doing. We’d said repeatedly all morning and over lunch that we were going to do it but by around 4pm we gave up pretending. When my husband suggested we just walk to the Co-op instead for some bits to tide us over another day or two I replied, “No, I don’t want to.” I’d spent the day moping around doing the odd chore that I could muster up the energy for. My motivation to do anything or go anywhere had upped and left.

All that was left in the fridge was that lonely pack of tortellini and did I want to eat it? No. I’d thrown my dummy out of the pram. I knew I was being surly but couldn’t seem to stop sulking and pouting. Crying because you can’t get through to the takeaway is a first world problem. It’s quite frankly ridiculous. The truth is I’d been doing my own head in all day. I felt like shouting at myself, “Just put the damn tortellini on woman!”

What I couldn’t understand was why I was feeling like this when I’d had such a great week? I’d felt positive, upbeat and happy. Why had this sadness suddenly hit me like a ton of bricks?

I thought I’d cracked how to cope with lockdown. This seemed to make the situation worse. I felt like I’d failed, especially given the fact I’d written a blog post only a week previously all about how to keep your spirits up in lockdown.

Thankfully, I felt like a different girl the next day. Like a switch had flipped. I’ve not had a repeat of that day since. Nevertheless, me and hubby have had days where we’ve got snippy with each other and that’s not like us at all. Luckily, we always end up bursting into laughter an hour or so later when one of us brings up the silly little tiff that we had.

There was also the day when we did make it to the supermarket and I ended up having a row with a trolley before turning around and realising that there was a lady politely stood waiting for me to finish making a scene so she could put her trolley back. (My trolley coin wouldn’t fit in the slot which sent me into a rage because it always fits in those trolleys. After a minute or so of ramming the coin in to no avail and telling the trolley how stupid it was, I saw the trolley didn’t need a coin as it hadn’t been ‘plugged’ back into the one in front.)

On reflection, I would say that what I have experienced and what others tell me they are experiencing can be described as third-quarter phenomenon. Going through third-quarter phenomenon in a third lockdown seems very apt doesn’t it? It turns out we are still learning how to cope with this very different way of life and all the emotions that come with it. We are still muddling through. Just because we have experienced two lockdowns before doesn’t make this third one any easier. While the light at the end of the tunnel seems to be glimmering, it’s still hard to have a tight hold of positivity at all times. That’s OK.

Rather than looking back at how much we’ve endured or looking forward to the weeks stretched out ahead, it’s perhaps better to focus on the right now. Take each day as it comes and one at a time.