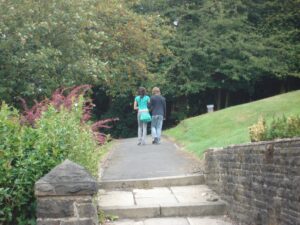 I was unashamedly obsessed with the idea of romance from being very young. I can remember dancing around the kitchen to “You Can’t Hurry Love” as a young teen. (Seriously, what 14-year-old owns their own copy of the album ‘Love and Life – The Very Best of Diana Ross’?)  I watched rom-com after rom-com, romantic movie after romantic movie growing up. My book shelves were filled with teen romance novels.

I’m still a bit of a romantic today and with Valentine’s Day almost upon us, I find myself wondering if I’ll get any flowers this year…

I know some people loathe the day and others love it regardless of their relationship status. The mushiness of the day either makes your skin crawl or has you squealing with delight.

But, whether you’re single, in a relationship, or somewhere in between, I bet you can look back and have a laugh at how love and romance played out in your teen years. Whether you had a secret crush, a childhood sweetheart, or you were a friend’s wingman or woman, I hope the following cringe-worthy memories of my school days give you a good giggle and get you reminiscing about your own!

Asking someone if they wanted to go out with your friend – If you did this for someone you were a good friend indeed. You would usually be sent to put the feelers out first to find out if they liked your friend. Sometimes this was met with resistance and you would have to interrogate them incessantly until they gave up an answer. Worse was being sent to dump someone by your friend. Far worse was being told you were dumped by somebody’s friend which happened to a friend of mine…

Playing the love calculator game – Find out what chance you and your crush have of love. This involved writing both your names down on a piece of paper and going through a complicated and bizarre process. I vaguely remember you had to go through the letters in your names and count how many of each letter there were. This was followed by continuously adding numbers together until you somehow ended up with a percentage… So simple and so accurate!

Holding hands for the whole of lunchtime – A tense hour rigidly stuck next to your boyfriend or girlfriend of 1 week, your clammy hands clamped together in a vice-like grip. It was sort of an unwritten rule that you couldn’t let go of each other’s hand even for a minute. (Eating your lunch was a difficult task.)

Getting told off by your teachers for hugging in the corridors – Oh how the teachers would scowl in disgust at such a display of affection. They would bark at you to “BREAK IT UP!” as if you were engaged in a nasty fight and then shout at you for inappropriate behaviour. Life really was a string of humiliating events at that age.

Declaring your love in writing – I’m not talking poetry or love letters. I’m talking writing “I love *insert name here* 4eva” anywhere and everywhere. Folders, school books, notebooks, on your hand (so classy) and on toilet cubicle walls. (I never did this for fear of getting into trouble for vandalism.) If you were feeling really creative you could carve it into a rock with a stone.  I recall my sister being furious that I had ruined one of her books by writing ‘I love Dan’ on numerous pages. I also filled one of her notebooks with practice attempts of what my signature would look like if me and Dan got married. She was not impressed. (Let’s face it though, the practice turned out to be useful.)

Going to their mum and dad’s for tea when the relationship got more serious – Nothing says romance like fish fingers, smiley faces and beans while their parents grill you about school and your family.

The excitement of a new classroom love affair – The giddiness in the air when two people got together at school was unparalleled. It was all anyone could talk about and everyone had eyes on the new couple. I actually remember ducking down behind a wall alongside some of my classmates to watch two of our fellow classmates meet in the middle of the school yard for their first kiss. Oh how we loved the drama of it all!