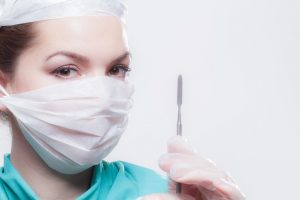 So my friend told me a month ago she had decided to get  breast implants. OMG, right? Well actually, no. I talk A LOT about how we need to be more body confident and body positive so you may be a little surprised by my reaction…

OK so I was a little surprised, after all it’s not something you casually slip into an everyday conversation! But it turned out this was something that had been on her mind for a long time and she’d already been to a consultation. She’d not told anyone as she wanted to make sure it was her decision and she wasn’t taking into account anyone else’s opinion. She had really wanted to tell me but in her words she said “I just had to make sure I was certain.”

It quickly became apparent to me that this was no rash decision; this is something that she’d been thinking about carefully for a good while. Of course she had done her research and chosen a reputable surgeon so I didn’t need to worry about the actual operation (no surprises there as she’s a smart girl) It was something she had joked about with me in the past but it wasn’t something I really thought she would one day go ahead with. I don’t think I’d cottoned on that this was actually something that was upsetting her. And that’s what she said to me, “I’m just really unhappy about them.”

Wasn’t I upset she had made this decision without consulting me? No. I understood her choice to take the decision on her own. She wanted to know she was doing the best thing for her. If she had asked for people’s thoughts she would have probably been overwhelmed with mixed opinions and these opinions would all be linked to whether those people would have surgery or not. I personally wouldn’t have breast implants but it’s not about me. What I choose to do with my own body is irrelevant to what someone else chooses to do with theirs.

So why didn’t I tell her she didn’t need one and that she looks great as she is? Am I the biggest hypocrite for not doing anything to stop her when I encourage women to be proud of their bodies?

Well of course I told her she looks great as she is, and believe me, she really does have enviable good looks! But I also told her she would look great with implants too. Heck, she’d probably look good in a bin bag! She had already said she wasn’t going too big, just for a more natural look. She said she was just fed up of not feeling feminine.

Why didn’t I stop her though? Well I realised this must be something she’d been unhappy about and been thinking about for some time. That alone is enough reason to do something about it I thought. I also knew she had already decided what she was going to do and what I said wasn’t going to change that.

Just like putting on a new outfit, getting a haircut or working out makes you feel body confident, I hope this decision will make my friend feel more body confident.

Your body, your rules. Always do what you feel is best for you not anyone else.