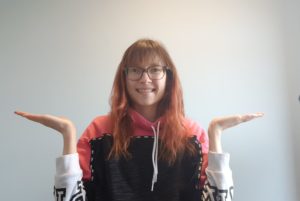 So today, the 8th of March, marks International Women’s Day, woohoo! Shout out to all the ladies out there! I can almost hear Beyonce singing ‘Run the World.’

Today we celebrate all the social, economic, cultural and political achievements of women. Put simply, we celebrate female fabulousness.

This year’s campaign theme is ‘Balance for Better’ with the focus being on building a gender-balanced world. But what does this mean when we think about exercise and physical activities?

It means when we think about a type of sport, we don’t attach a gender to it.

It means no longer thinking of a girl that’s into boxing as a ‘tomboy’ but simply a girl who is into boxing.

A lot of this has to do with changing our own mindsets. Of course, we know ours and other people’s perspectives are formed by what’s going on around us. It’s our upbringing, society, popular culture and everything else in between.

This is why we need as much promotion of exercise being for everybody as possible. I still meet so many young girls reluctant to get stuck in with exercise for fear of how they will look or not being good enough. I’ve also had to work hard in the schools I’ve taught in to emphasise that dance is for girls AND boys!

The majority of my Dance Fit with Helen marketing is aimed at women. This does not mean Dance Fit is just for women, certainly not. I do have male class members they are just much smaller in numbers! It just means that women are my main target audience.

As I state on this site “My mission is to break down this barrier of women feeling too self-conscious to go to an exercise class because of low body confidence and self-esteem. I like to challenge the view of fitness classes being places only fit, slim, twenty-somethings can attend!”

This is something I feel really strongly about.

Speaking of changing our mindsets, I recently challenged my own preconceptions about using weights. I’d got it into my head that weights just weren’t for me.

I don’t know where this idea came from. I thought with my slim build I’d be useless. I’ve always confessed to having no upper body strength which isn’t a completely false statement! But what I had done is underestimated my capability to become stronger. Why had I done this when I’m quite confident and competitive when it comes to exercise? Maybe it was all those years of light-hearted jokes about me being skinny?…

Nevertheless, we have definitely come a long way when it comes to promoting exercise for all. My Instagram feed is filled with positive female role models in the fitness industry. I’m not just talking big celebrity names, I’m talking other women in my local area running classes like me all promoting body confidence.

And how could I forget the amazing ‘This Girl Can’ campaign. The campaign’s first television ad was aired back in 2015 and has followed with cinema, outdoor, and social media advertising ever since. One of my favourite publicity images from the ongoing campaign is an image of a woman kickboxing accompanied by the caption, “A kick right in the stereotypes.”

And on that note, I say keep that kind of positivity coming. We might still have a way to go when it comes to building a gender-balanced world but it’s nothing a little girl power can’t solve!

A very Happy International Women’s Day to all the women I know and love. Never forget how awesome you are.